EU Referendum : Should I Stay or Should I Go?

If you are a British, Irish or Commonwealth citizen who lives in the UK, then today is the big day. EU Referendum is finally here and you will have a say in whether the UK remains or leaves the EU. In this post, I have collated some information from the internet that may help you make a decision. 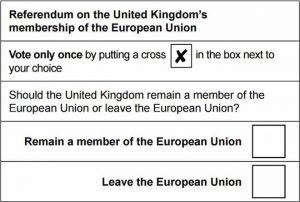 In 1957, 5 countries (Belgium, Netherlands, France, Italy, Luxembourg and Germany) signed the Treaty of Rome. They formed the European Economic Community (EEC). UK joined EU in 1973, when there were only 9 member countries. Later on in 1993, the Maastricht Treaty became effective, creating the European Union with its pillar system. Currently European Union (EU) is a politico-economic union of 28 member states. A further 5 countries are recognised as candidates for membership: Albania, Macedonia, Montenegro, Serbia, and Turkey.

If you are curious about the current EU members, here is a list of the member countries with their joining dates.

A referendum is a direct vote in which an entire electorate is asked to vote on a particular proposal. It is also sometimes called a plebiscite. EU Referendum invites voters to decide if they want UK to remain with EU or leave EU.

Membership of the European Union has been a topic of debate in the UK since the country joined the EEC. This is the second time Britons have been requested to vote regarding the EU membership. The first referendum was held in 1975 and was called the EC or Common Market referendum. At the 1975 referendum 67% of the electorate voted to remain in the Common Market/EEC.

A bill to make provision for holding a referendum in the UK was introduced to the House of Commons by Philip Hammond, Secretary of State for Foreign and Commonwealth Affairs on 28 May 2015. It was approved by the House of Lords on 14 December 2015 as the EU Referendum Act 2015. And then given Royal Assent on 17 December. On 20 February 2016, Prime Minister David Cameron announced that the referendum would take place on Thursday 23 June 2016 (yep, today!).

The referendum question is:

Why Vote to Remain?

Those who favour a British withdrawal from the European Union is commonly referred to as a Bremain (a portmanteau of “British” and “Remain”). Bremains argue that in a world with many supranational organisations any loss of sovereignty is compensated by the benefits of the EU membership.

According to Bremains, remaining in EU will…

On 13 April 2016, the Electoral Commission designated Britain Stronger in Europe as the official campaign in favour of remaining in the European Union for the EU referendum.

Who wants to remain?

Prime Minister David Cameron and 16 out of 21 members of his cabinet wants Britain to stay in the EU. The Conservative Party has pledged to be neutral in the campaign. The Labour Party, SNP, Plaid Cymru and the Liberal Democrats are all in favour of staying in. Big business – with a few exceptions – tends to be in favour of Britain staying in the EU because it makes it easier for them to move money, people and products around the world.[Source: BBC]

Why Vote to Leave?

Those who favour a British withdrawal from the European Union is commonly referred to as a Brexit (a portmanteau of “British” and “Exit”). Brexits argue that the EU has a democratic deficit and that being a member undermines national sovereignty.

According to Brexits, leaving EU will…

Save the UK £350 million a week which can be spend on other priorities like NHS (medical), schools and/or housing.

On 13 April 2016, the Electoral Commission designated Vote Leave as the official campaign in favour of leaving the European Union for the EU referendum.

Who wants to leave?

The UK Independence Party, which won the last European elections, and received nearly four million votes – 13% of those cast – in May’s general election, campaigns for Britain’s exit from the EU. About half of Conservative MPs, including five cabinet ministers, several Labour MPs and the DUP are also in favour of leaving. [Source: BBC]

I had some questions and this BBC article helped me find answers:

A lot would depend on the kind of deal the UK agreed with the EU after exit. If it remained within the single market, it would almost certainly retain free movement rights allowing UK citizens to work in the EU and vice versa. If the government opted to impose work permit restrictions, as UKIP wants, then other countries could reciprocate, meaning Britons would have to apply for visas to work.

At the moment, the large British expat community in Spain gets free access to Spanish GPs and NHS pays for their hospital treatment. After they become permanent residents Spain pays for their hospital treatment. Similar arrangements are in place with other EU countries. If Britain leaves the EU but remains in the single market, or the European Economic Area as it is known, it might be able to continue with this arrangement, according to a House of Commons library research note. If Britain has to negotiate trade deals with individual member states, it may opt to continue paying for expats’ healthcare through the NHS or decide that they would have to cover their own costs if they continue to live abroad, if the country where they live declines to do so.

The minimum period after a vote to leave would be two years. During that time Britain would continue to abide by EU treaties and laws, but not take part in any decision-making, as it negotiated a withdrawal agreement and the terms of its relationship with the now 27 nation bloc. In practice it may take longer than two years, depending on how the negotiations go.

You can also read up on specific issues on BBC website. 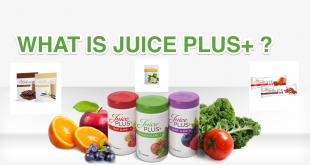 Juice Plus+: What is it all about? Is it Good? Is it Bad?

I recently decided to do a trial run of the Juice Plus+ Booster Sachets. Here are my initial thoughts. Let me know your thoughts too.